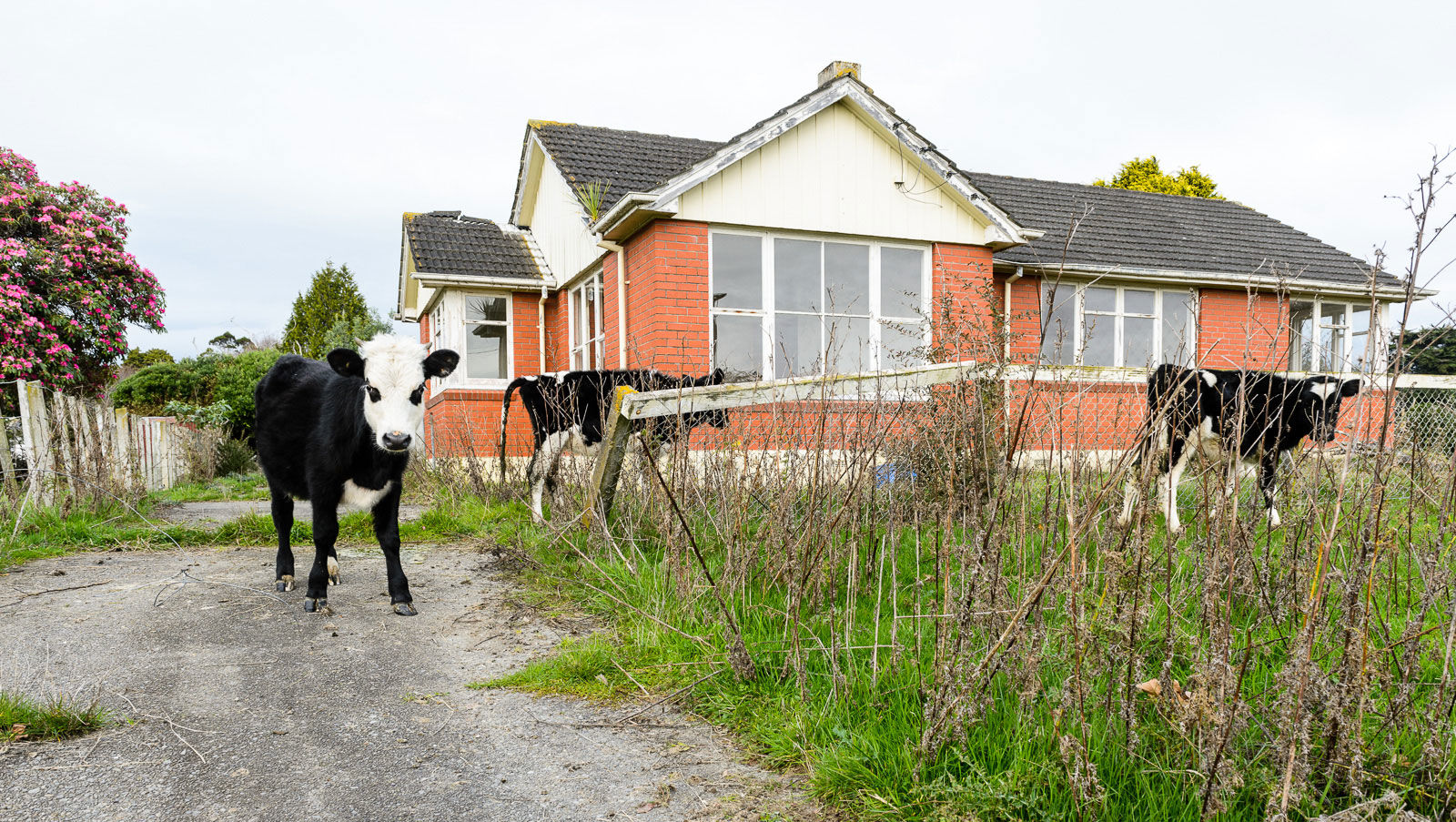 For more than 50 years, the Kimberley Centre provided a home for the intellectually disabled. At its height, the complex hosted around 800 residents, with an equivalent number of staff. If you lived in Horowhenua in the 1970s, you knew someone who worked at Kimberley.

But by the time the last few residents left in 2006, it hadn’t been properly maintained for several decades. Since then, the buildings have stood empty, rotting and eroding. 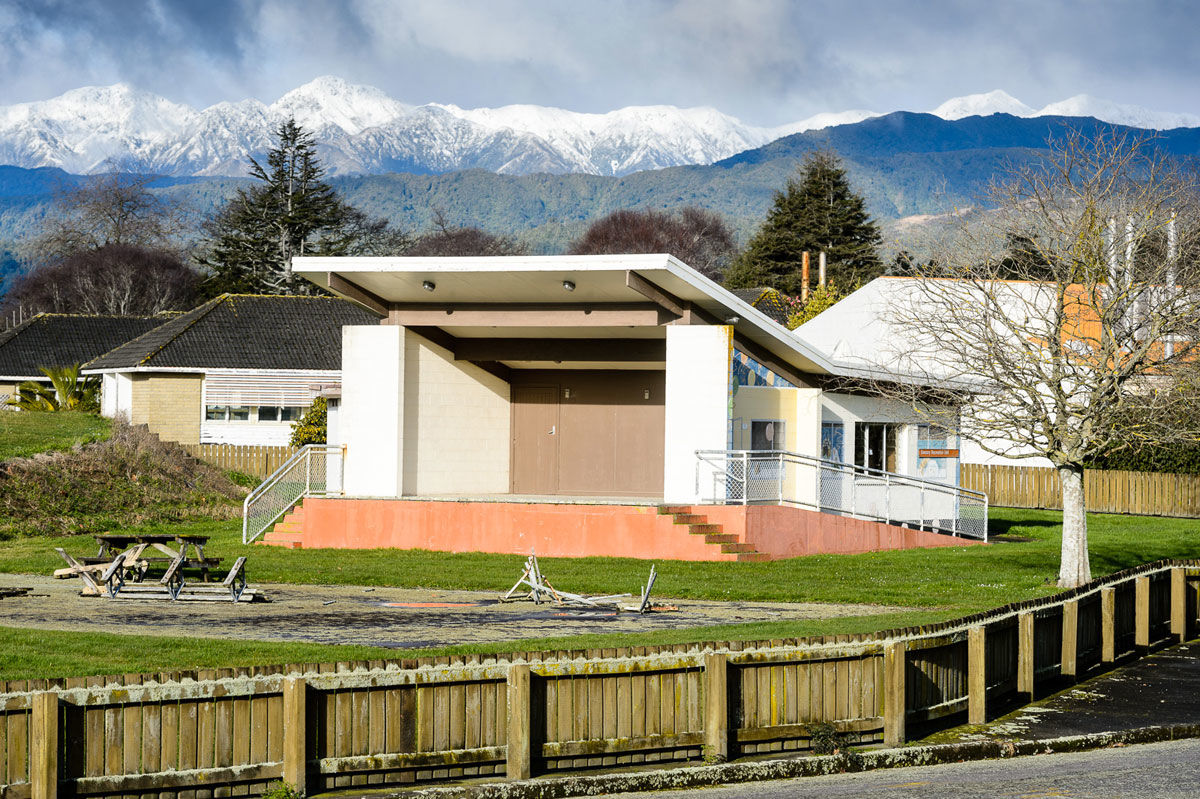 Mark Coote grew up at Kimberley, and its decline bothered him. His father had been the hospital engineer, so the family lived in a staff house on the expansive grounds. As a 10-year-old, he could loop the whole complex on his bike, or ride to the pool on hot summer afternoons. During university holidays, he worked in the office.

To him, Kimberley represented idyllic memories, a lucky childhood. “I used to drive past it all the time when it was closed, and there were ‘No Trespassing’ signs up, and I thought, ‘I’d really like to get in there and photograph the place',” he says.

Fortunately, the property was bought by a local developer. Coote called him up and gained permission to roam the grounds. Over the course of a winter, on quiet days, he made the hour-and-a-half round trip from his Paekakariki home. 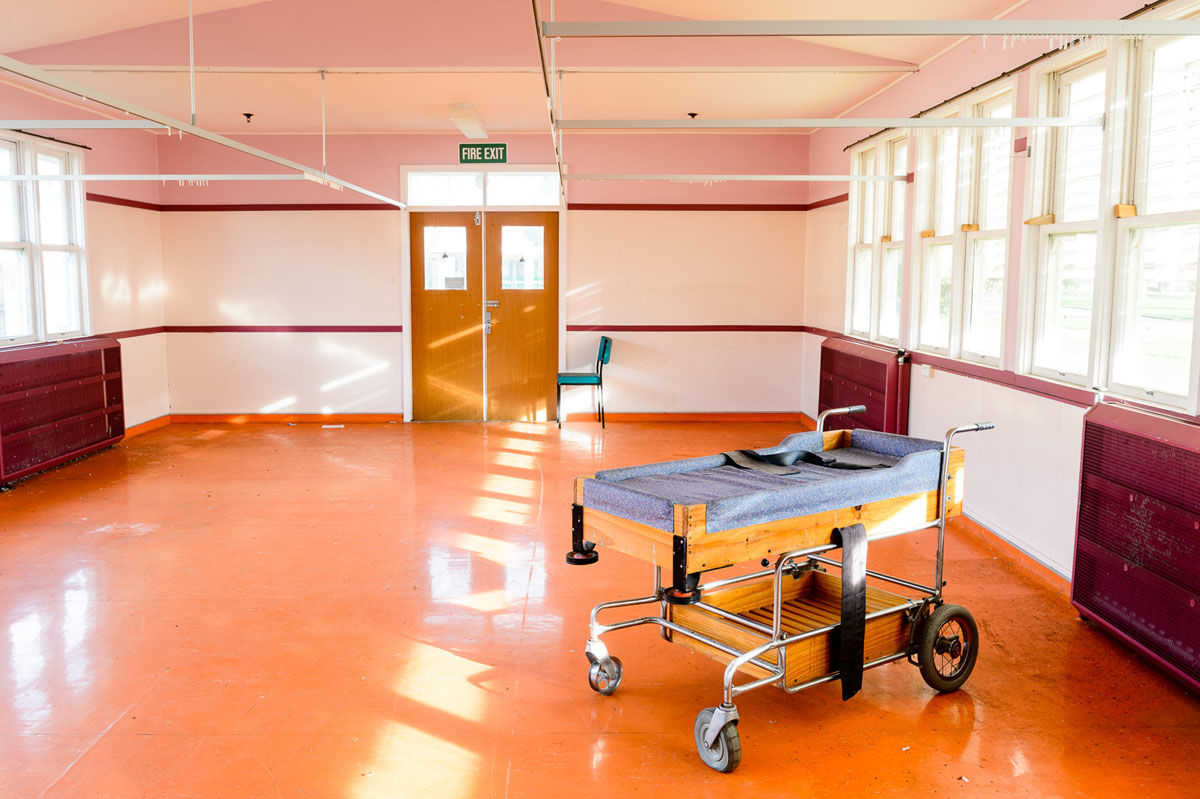 Many of the doors were unlocked, and the complex offered up surprises at every turn. While the house he grew up in was gone, cows occupied the garden of the one across the road. He found the boiler house where his dad worked, the remains of two coal-fired furnaces covered with moss and vines.

“Every trip I made there was gold,” he says. “I was driving around the grounds and there was this Santa there — it must have been a Santa from an annual Christmas parade that had been in storage.” 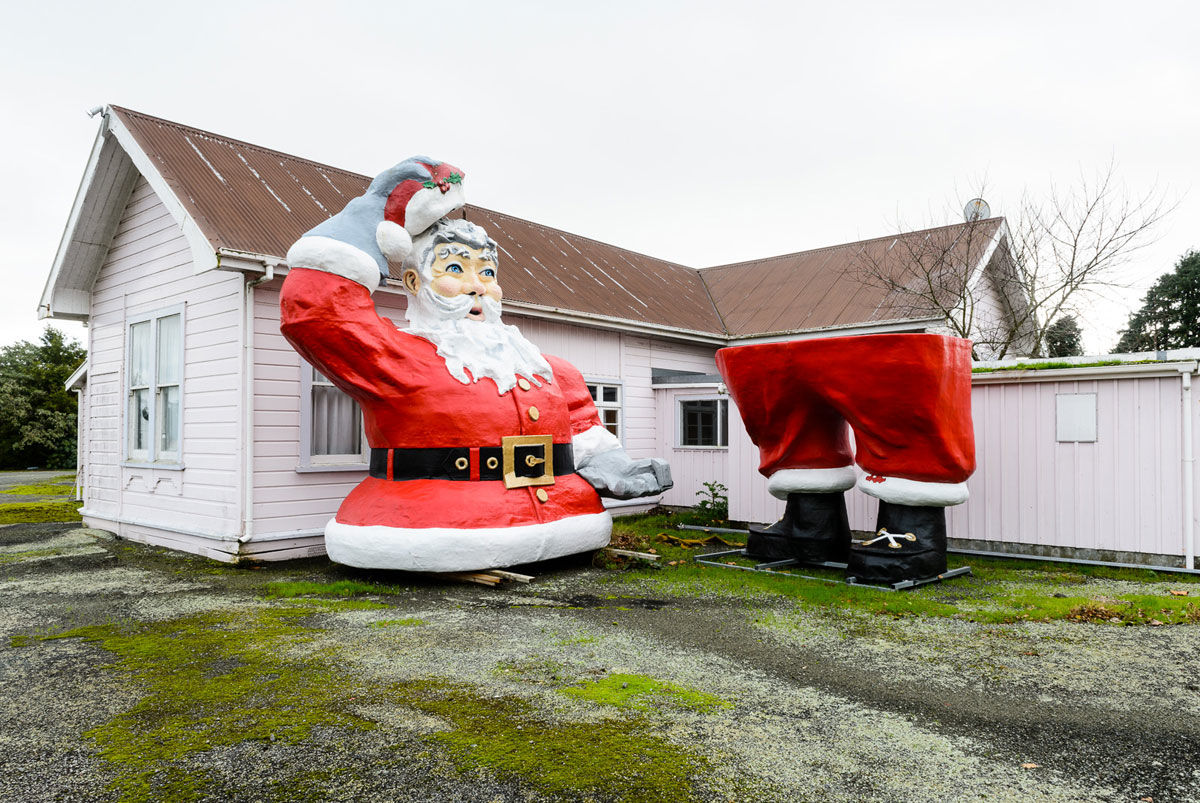 Ducking through a gap in a corrugated iron fence, he found a child’s pink bike positioned on the edge of the empty swimming pool, overgrown with weeds. He couldn’t have placed it better himself — not that he would have done. “I had a rule that I didn’t move anything and I didn’t take anything, so it was 100 per cent documentary,” he says.

Sometimes, he spent the whole day there, just him and the creaking ruins, the wind and rain outside. It wasn’t spooky, he says, but peaceful, almost meditative. “Just being by myself in an abandoned building kind of suits me,” he says. “I’m thinking about five things at once all the time, so it was kind of nice just to slow everything down and think about composition, not be rushed at all. In terms of sharpening my photography skills it was really good.” 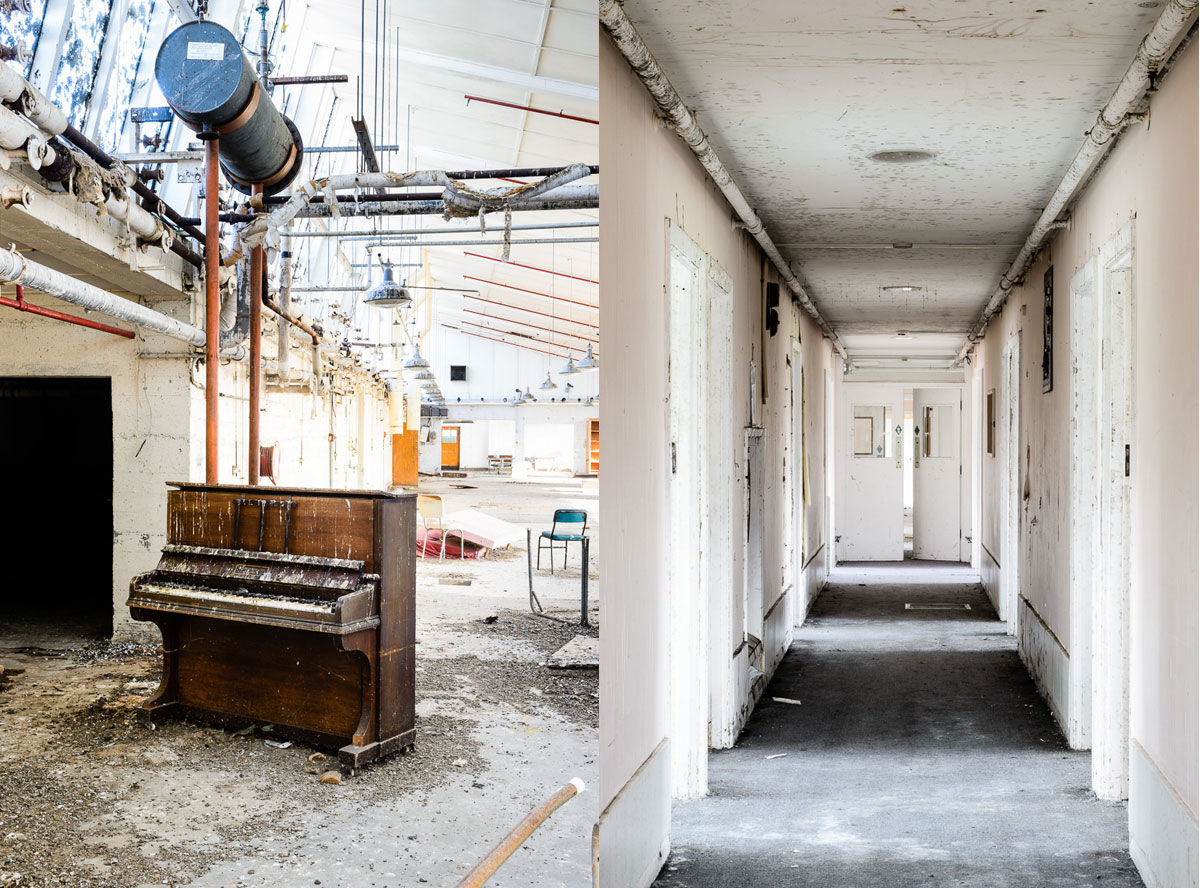 Coote’s pictures are imbued with a sense of calm, the bright colours of the wards glowing with warmth. He’s thankful for the experience of growing up alongside differently abled people. “You see them as being just a normal part of life, just the same as everybody,’ he says. These days, the IHC is one of his clients.

Soon, Kimberley will be no more — demolished to make way for a retirement village — but traces of the tight-knit community it held remain in Coote’s meticulous documentary. 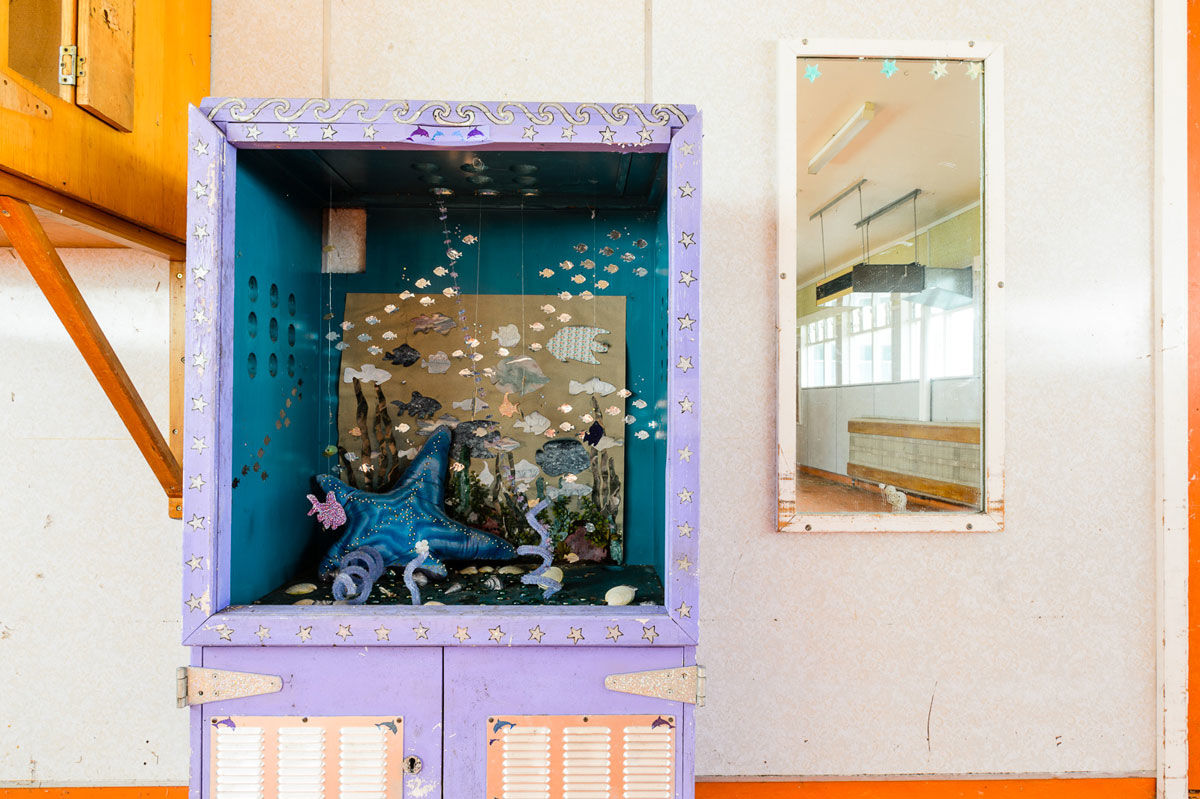